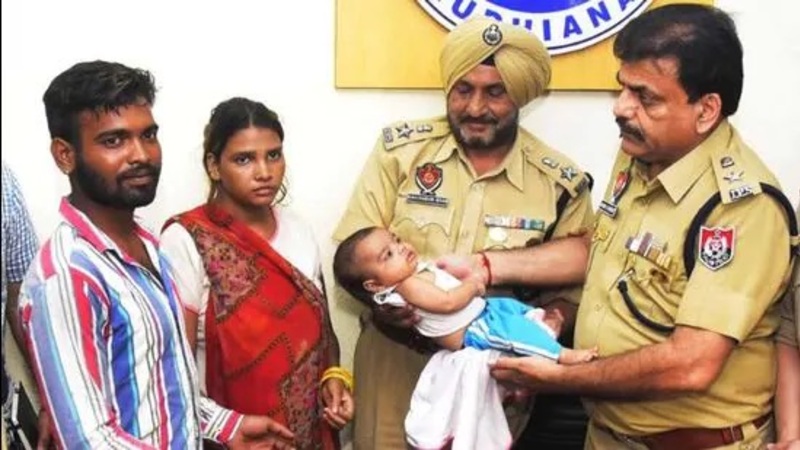 Photo by N/A is licensed under Hindustan Times N/A
Police solved the kidnapping case of a three-month old infant within 20 hours, arresting nine accused on Friday.
The accused are alleged members of a well-organised human trafficking gang, who handed over the infant to a couple in Bathinda. However, police tracked down the accused before they could sell the infant to a couple in Sirsa for ₹4.5 lakh
The accused are Varinder Chaudhary of Shaheed Bhagat Singh Nagar, Sonu Kumar of Shimlapuri, Inderpal of Shimlapuri, Ram Singh of Daba, Ravinder Ravi of Shimlapuri, Sanjay Mishra of Shimlapuri, Parveen Kaur of Shimlapuri, Ramandeep Kaur of Bathinda and her husband Surinder Singh. Parveen Kaur is already facing a trial in a trafficking case.
Joint commissioner of police (JCP, city) Narinder Bhargav said given the sensitive nature of the case, the director general of police (DGP) Gaurav Yadav had directed speedy action. Following the directions, seven separate teams had been formed.
Bhargav said Rajan Sharma of Sirsa, who was in contact with Ramandeep Kaur and her husband Surinder Singh in relation to the 3-month old’s case, had lost two sons. Ramandeep had shared the information with Parveen Kaur, who had in turn offered Varinder Chaudhary ₹60,000 to arrange for an infant.
Giving out more details, the JCP said, “Varinder would visit the house of Sajan Kumar of Shaheed Bhagat Singh Nagar, Dhandra road for the sale and purchase of cart material. He noticed his infant son Nihal and hatched a conspiracy to kidnap him. He forwarded the child’s photo to Parveen, who further forward the picture to the Sirsa resident. The couple were ready to pay ₹4.5 lakh for the child.”
“Chaudhary hatched a conspiracy to kidnap the child and involved his friend Ravinder, Sonu, Ram, Inderpal, Sanjay and promised to give ₹50,000 for the kidnapping. The group reached the location, where Inderpal and Sanjay barged into the house, thrashed the infant’s mother and grandmother, and confined them before fleeing with the infant,” he added.
Deputy commissioner of police (DCP, investigation) Varinder Singh Brar said the accused had assembled in Dehlon, adding that Varinder, Parveen and Sonu reached Raikot and hired a taxi to reach Bathinda before handing over the baby to Ramandeep and Surinder .
The police are questioning the accused to check for involvement in prior trafficking vases also. A case under sections 363, 365 (both kidnapping), 380 (theft), 342 (wrongful confinement) and 451 (house-trespass) of the Indian Penal Code has been lodged against the accused at the Dugri police station.
Source: Hindustan Times
Photo by N/A is licensed under Hindustan Times N/A