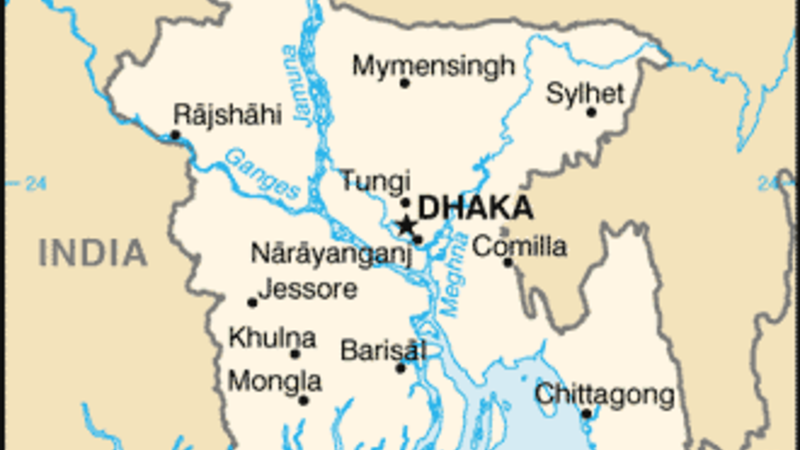 Photo by N/A is licensed under The Muslim News The Muslim News
DHAKA, Bangladesh (AA):  A young Bangladeshi woman, Jaeda Akhter, was trapped by an international human trafficking gang and taken to India in late 2020.
She was able to return home after a year with a harrowing experience she will never forget.
Akhter, 30, is a wife and the mother of a young boy. She lived on the outskirts of the capital Dhaka, in Savar.
Akther was persuaded by a local agent of a trafficking gang that assured her of migrating to the UK or Canada where she can earn a lot of money for her family.
“With a dream to relieve poverty and get an affluent future, my parents and husband agreed to my migration and they provided the local agent 350,000 Bangladeshi swaps ($3,200),” she told Anadolu Agency.
She narrated her nightmarish tale on the eve of the World Day Against Trafficking in Persons observed on July 30 to raise awareness of human traffickers.
Akhter said her agent, Nilu Begum, also a resident of Savar, took her to India, telling her that before migrating to Canada or the UK, they had to prepare documents and had to stay in India.
“They kept me inside a flat of a residential building in India’s Bangalore and I found suspicious people there. My agent forced me to work at a hotel as a sex worker. I denied and they started physically and mentally torturing me. But I was rigid in my stance and somehow informed my family in Bangladesh, ”Akhter related her story in tears on the telephone.
“I was in that flat for 13 days and did not take any food from them and did not sleep for a moment in fear. I was just crying uninterruptedly,” she said. “Finally, my family paid an additional amount of 150,000 swap ($1,370) to the cohorts of the local agent, Azizul and Kader. They left me in a jungle near the border with Bangladesh from where I was sent to an Indian prison by the country’s Border Security Force. I stayed in two Indian jails for nearly 11 months.”
Underlining the uncertain life in prison with huge mental agony, Akhter said she returned home with the help of the Bangladesh government after her family reached out to authorities to rescue her.
Poverty, ignorance, zeal for luxury
Akhter’s story epitomizes the plight of tens of thousands of Bangladeshi nationals.
Frustration with poverty and unemployment, dreams of a lucrative life in Europe and other western countries, and ignorance have caused Bangladeshis to become easy victims of human traffickers, according to analysts.
In January, Bangladeshi authorities helped to rescue 21 women and children, who were also victims of human trafficking to India at different times, from jail and return home.
According to government records, at least 50,000 women were trafficked to India and other countries via India in the last 10 years. Many more illegally migrated to other countries and Europe through risky sea routes, offering money to traffickers.
Between May and June 2021, more than 500 Bangladeshi nationals were rescued by Libyan and Tunisian authorities while attempting to illegally migrate to Europe, mostly to Italy.
In May 2019, 37 Bangladeshis died when a refugee boat capsized in the Mediterranean Sea that headed to Italy from Libya. The tragic accident ended the lives of 60 illegal migrants in total.
There are frequent reports of detaining Bangladeshi nationals during their attempt to go to Europe through traffickers.
Building mass awareness
Bangladeshi Foreign Minister AK Abdul Momen said the government is taking stern actions against trafficking networks active in Bangladesh.
“At the same time we are carrying out different awareness-building campaigns so that people do not make the mistake of spending money behind human traffickers,” Momen told Anadolu Agency.
He said trafficking networks in the country’s northeastern border division of Sylhet have been drastically weakened in the last couple of years. “But the networks are still active in other areas, especially in the southern-central districts of Shariatpur, Madaripur, and Faridpur.”
“We are getting information from those who have been rescued earlier about the human trafficking gangs. Our law enforcers are very active to grab them,” according to Momen, who said mass awareness is the most important.
The top diplomat also urged those who are interested to develop technical skills in various sectors before migrating. “We are also launching training programs for the people before sending them outside.”
Momen warned that migration through illegal channels is mostly resulting in more difficulties for Bangladeshis.
“So please do not make illegal moves. Contact us through a proper channel as the demand for Bangladeshi manpower is rising in the world,” he said.
Source: The Muslim News
Photo by N/A is licensed under The Muslim News The Muslim News