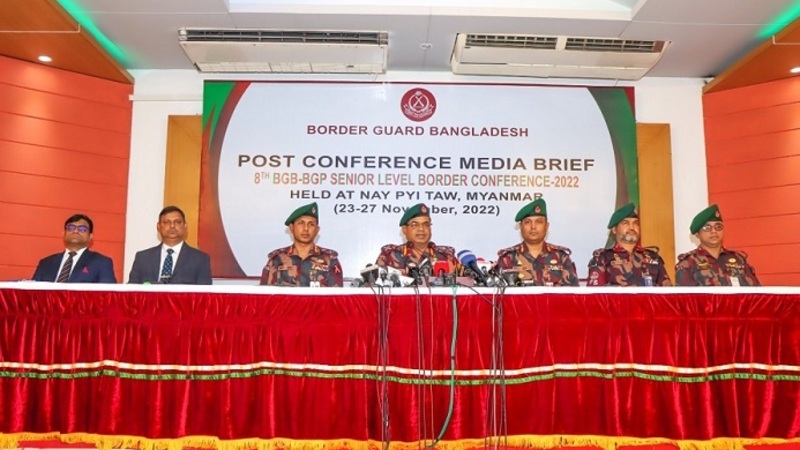 Photo by Daily Sun is licensed under Daily Sun N/A

In his opening remarks in the Conference, Deputy Chief of Myanmar Police Force (MPF) extended warm and hearty welcome to the Bangladesh Delegation.

He expressed his willingness to address the border issues on the basis of a friendly and brotherly spirit between BGB and BGP and in consultation with the concerned agencies and authorities.

Emphasizing Myanmar's adherence to the Border Agreement - 1980 he urged to enhance bilateral cooperation in combating illicit drugs and psychotropic substances and to prevent illegal border crossing.

He also urged to resume coordinated patrols between the two guarding forces to counter the potential threats posed by terrorist groups along the border.