Building knowledge about human trafficking in the Pacific 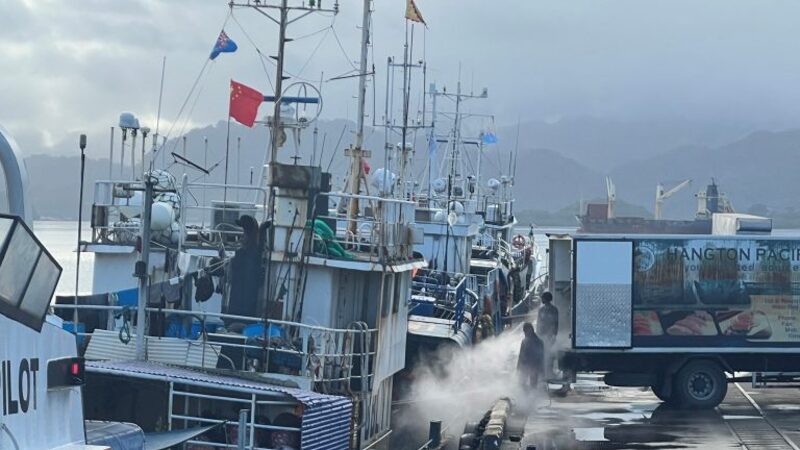 The Pacific’s vast oceans, unique geography and limited law enforcement resources make it difficult to monitor porous borders for transnational crime. The region is host to an increasing volume of illicit drug, wildlife, firearm and human trafficking, amongst other transnational cyber, financial and environmental criminal activity.

While much is said about market-driven drug trafficking in the region, there is less understanding of migration-related transnational crime involving the movement of people rather than goods. Migration-related transnational crimes such as human trafficking and people smuggling are complex and require specialised law enforcement solutions. These crimes also have high human and economic costs, with the estimated losses from forced labour and human trafficking globally sitting at US$44 billion per annum.

People smuggling in the region is often publicly associated with irregular maritime arrivals. But there has only been one recorded case of smuggling by boat in the region — in Yap, Federated States of Micronesia, in 2014. Immigration officials more commonly monitor for the use of fraudulent documents and irregular arrivals by plane. The United Nations Office on Drugs and Crime (UNODC) reported the Pacific as potentially having aviation transit points for people smuggling. Yet this is likely to have decreased due to pandemic-related border closures.

It is human trafficking that should be of concern in the region.

At Tier 2, New Zealand (downgraded in 2021), Fiji, Marshall Islands, Federated States of Micronesia, Solomon Islands, Timor-Leste and Vanuatu do not meet the minimum standards but are making efforts to get there. Papua New Guinea, Palau and Tonga sit on the Tier 2 Watchlist, indicating they do not meet the standards and continue to have significant human trafficking issues.

The UNODC suggests that the Pacific is a transit point for human trafficking, particularly in the fisheries industry in which modern slavery is prevalent. Fisheries observers have faced death threats, with three I-Kiribati fisheries observers killed in suspicious circumstances since 2009.

Human trafficking and forced labour are reported in the logging and mining industries in the Solomon Islands, Fiji and Papua New Guinea, where migrants are brought in on fraudulent visas and forced to work in debt bondage schemes. A Samoan man was convicted of slavery and human trafficking for bringing 13 Samoan nationals into New Zealand under the auspices of education or work. He enslaved, abused, and forced them to work under unreasonable conditions.

The successful prosecution of four traffickers who had trafficked and enslaved 102 Bangladeshis in Vanuatu in June 2022 highlights the challenges faced by Pacific states in protecting victims of trafficking. With no protection arrangements in place, the International Organisation for Migration (IOM) supported the Vanuatu Government with humanitarian assistance for the Bangladeshi victims.

Protecting victims of trafficking in a victim-centred manner requires significant state investment in providing visa accommodations, housing, healthcare and welfare. Such high financial investment throughout the trafficker’s prosecution (and potentially afterwards) is difficult for Pacific states, particularly when there are many victims.

Security cooperation mechanisms to combat transnational crime are included in the Boe Declaration. But these are mostly aimed at combatting illicit drug trafficking. Regional bodies such as the Pacific Islands Chiefs of Police, Oceania Customs Organisation, Pacific Immigration Development Community and the Joint Heads of Pacific Security work together in this space, as do external partners such as New Zealand, Australia and the United States.

Despite anti-trafficking training being delivered by the IOM and the UNODC, Pacific law enforcement agencies recognise that human trafficking is the largest transnational crime knowledge gap in the Pacific.

Migration-related transnational crimes are more difficult to detect at the border than other transnational crimes and require different tools. Detector dogs and technology simply cannot detect coercion at the airport. Law enforcement agencies need to focus on intelligence-informed policing and ongoing monitoring of employers for modern slavery, particularly in the fisheries, logging, mining, agriculture and horticulture industries.

Anti-trafficking efforts require a whole-of-government approach and security cooperation needs to reflect this — any training needs to be localised to meet the needs of each state and governance structure. Only then will states be able to meet regional prosecution targets.

Even though they are harder to detect and require additional resources, migration-related transnational crimes should not be ignored or deprioritised. There is much more work to be done to detect, prevent and prosecute migration-related transnational crime in the Pacific, particularly now that borders have re-opened and people can move with relative ease.