ICYMI: Man on a mission: Solo cycling across America to raise awareness against human trafficking 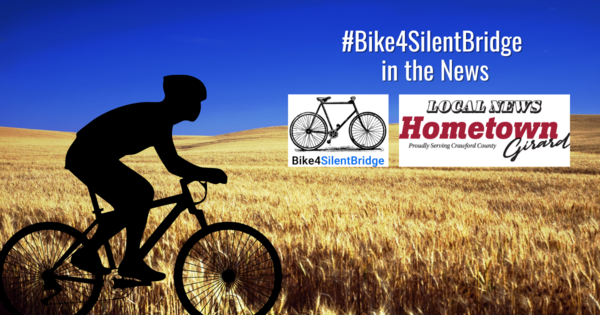 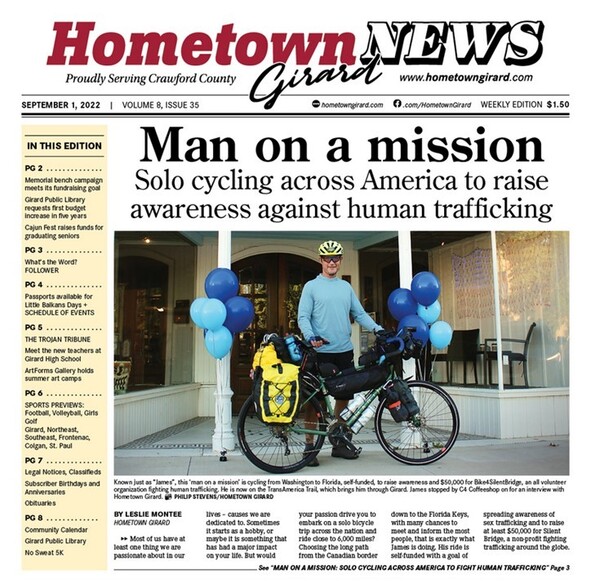 “Most of us have at least one thing we are passionate about in our lives – causes we are dedicated to. Sometimes it starts as a hobby, or maybe it is something that has had a major impact on your life. But would your passion drive you to embark on a solo bicycle trip across the nation and ride close to 6,000 miles? Choosing the long path from the Canadian border down to the Florida Keys, with many chances to meet and inform the most people, that is exactly what James is doing. His ride is self-funded with a goal of spreading awareness of sex trafficking and to raise at least $50,000 for Silent Bridge, a non-profit fighting trafficking around the globe.

“James is a regular guy from the Northwest. He is retired, now a full-time husband, father, and grandfather. But that is about all he wants to share about himself. He wants to keep the focus on the mission. His mission? Raising awareness about human trafficking. Human trafficking is a huge problem, and in fact according to James, “It’s not fair to call it significant…no, it’s a gigantic problem in the United States!” he exclaimed. The biggest problem? Most people just have no awareness of it, and there is not much awareness about how the victims end up in those situations. James says human trafficking is the third largest criminal enterprise on the planet. With an estimated 24.9 million victims worldwide at any given time, human traffickers prey on adults and children of all ages, backgrounds, and nationalities, exploiting them for their own profit.

“On James’ journey thus far, he has traveled 3,537 miles, and has had no major disruptions, completing the Western Express Trail, now on the TransAmerica Trail, then when he reaches the Underground Railroad Trail in Kentucky, and finally the Southern Tier Route. The responses and interactions with individuals he has met along the way has been lifechanging not only for James, but hopefully for human trafficking victims as well. In every town he stops, people inevitably see his bike loaded down with gear and get curious…”

Read the rest of the article on the Hometown Girard's website.