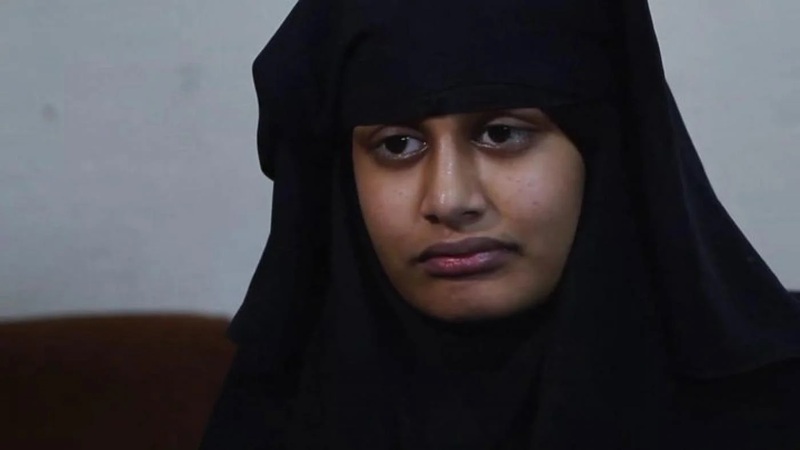 Lawyers for Shamima Begum called on the British government to restore her UK citizenship on Monday and said she was likely a victim of human trafficking.

Begum left the UK aged 15 to travel to Syrian territory then controlled by the Islamic State group in 2015 with two school friends from East London.

She was stripped of her citizenship in 2019 after being found in a camp in northeastern Syria for the families of suspected IS fighters and people fleeing IS territory as the militant group was defeated by western-backed Kurdish-led forces.

Begum has remained detained in Syria ever since. She gave birth to a child in the camp, but the baby died weeks later. Begum has said she had two other children in Syria who also died.

Begum is seeking to overturn the deprivation of her citizenship in a hearing at an immigration court in the latest stage of an ongoing legal battle that has already seen details of her case considered in the Court of Appeal and the Supreme Court.

Samantha Knight, representing Begum, now 22, told the Special Immigration Appeals Commission (SIAC) that she was “influenced and affected with her friends by a determined ISIS propaganda machine”.

Knight added that Begum’s deprivation case was in the “public interest” and that it “needs to consider [the] impact on others within wider society”.

Begum’s lawyer also told the court in written submissions that the “evidence was overwhelming” that she was a victim of human trafficking and that a “Canadian agent working for ISIS” had helped her cross into Syria.

“The consequence of the deprivation is that the appellant, who has no other state which will accept her as a national or offer her any protection or admission, remains in indefinite detention in a camp in Syria,” Begum’s lawyers said.

“The evidence is overwhelming that she was recruited, transported, transferred, harboured, and received in Syria for the purposes of sexual exploitation and marriage to an adult male … she was following a well-known pattern by which ISIS cynically recruited and groomed female children as young as fourteen.”

But lawyers representing the UK Home Office pushed back on the claim that Begum was a victim of human trafficking and said that deprivation of her British citizenship was a matter of national security.

Speaking in court, Philip Larkin, a government adviser to the Home Office, said former home secretary Sajid Javid who made the decision on Begum's case was “not in a position” to determine if Begum was a victim of human trafficking as it took place outside the UK jurisdiction.

SIAC hearings, which often involve evidence provided by the security services, typically hear some evidence in open court and other evidence in closed sessions, from which even appellants and their lawyers are excluded.