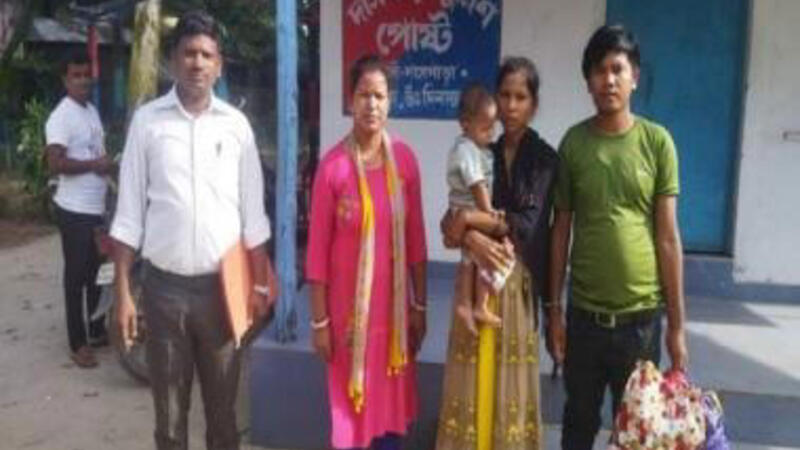 Photo by First Post is licensed under First Post N/A
New Delhi: Suchitra Chaudhary, 21, married and with a child, a resident of Rupandehi district of Nepal, fell for the charming Ansar Ali. The affair went on for a couple of years after which the two decided to run away from Nepal.
She came to Motihari with Ansar Ali. The two married. She had a nikah with Ansar. Suchitra Chaudhary was forced to convert to Islam and she became Mehak Parveen.
Forced to eat beef, she just did not!
Her child was separated from her and lodged with Ansar’s relatives.
On August 17, Mission Mukti Foundation, a non-profit that has rescued hundreds of women, including minors, was able to rescue her from the clutches of Ansar Ali with the help of Seema Suraksha Bal and West Bengal Police. Suchitra was reunited with her family and son.
“I want to go home with my father and husband. I am going without any pressure from anyone,” she said.
Rupandehi Police inspector Deepak Kunawar on August 13 shot a letter to Virendra Kumar Singh, director of Mission Mukti Foundation in Delhi, requesting assistance in recovering Suchitra as she had been traced to Motihari.
Manoj Kumar Sharma, senior official from the Anti-Human Trafficking Unit (AHTU) of Seema Suraksha Bal (SSB) in Bettiah, exclusively told Firstpost that Suchitra had in fact texted her father and husband about the torturous behaviour she was getting from Ali and his family members after the nikah.
“The woman secretly wrote a text message to her father from someone else’s phone that was later traced only to find out the current her location in Chopra police station area in Islampur village of Uttar Dinajpur district in West Bengal,” he said.
Meanwhile, Singh told Firstpost that his team received overwhelming support from both the SSB and West Bengal police as they carried out the rescue operation jointly, “When we found the woman, she broke immediately into tears, the first thing she told us was that they keep her child confined somewhere else and that they deliberately tried to make her eat beef, however she did not,” he said while adding that it took another 10 minutes to find her son who was kept in one of Ali’s relatives’ house in the same village.
Source: First Post
Photo by First Post is licensed under First Post N/A