The Child Brides of Bangladesh 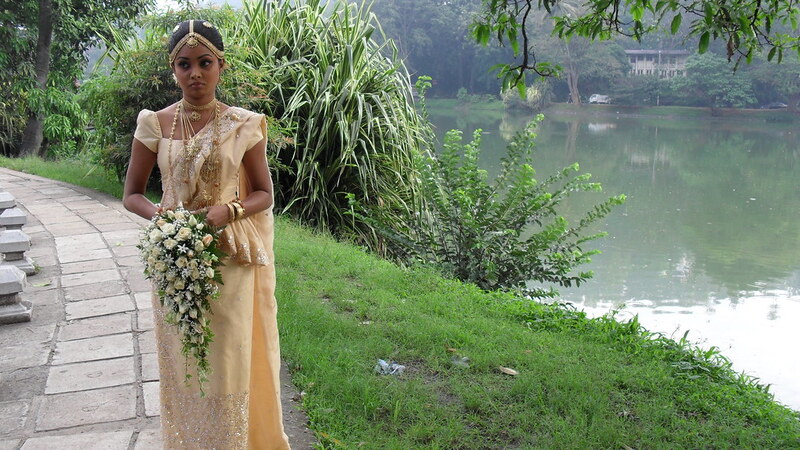 bride by wmharsha is licensed under creative commons CC BY-NC 2.0
Background:
Prostitution has been legal in Bangladesh since March of 2000, when two judges ruled in a favor of a large group of sex workers protesting over their brothels being shut down by the police. The judges called the police action “illegal,” opening the door for Bangladesh’s sex trade to grow and human traffickers to operate.

Common targets are child brides—children broken mentally and feeling betrayed by their parents for being forced into a marriage with someone who is typically much older than them. With the fourth highest percentage of child marriage in the world, traffickers aren’t running out of victims any time soon.

How Bad Is It?
A source with knowledge on the issue said, “These women are mostly very young and under fifteen. They feel betrayed in the environment their parents have placed them in. Many feel they have no other outlet than to escape their [marriage]. When they do, they generally can’t find work because of their age, so they seek out help.”

That help sometimes comes in the form of a motherly figure they may meet on the street. The source continued, explaining that the person who reminds them of their mother, is often a human trafficker. “The woman will give them a place to sleep. They will feed them and give them shelter. They will also start giving them hormones to make them look heavier and older,” he said.

“Also known as Dexamethasone, Oradexon treats inflammation and allergies in humans and is used by farmers to fatten livestock,” describes Asia One. “Charities say the over-the-counter drug is taken by 90 per cent of sex workers in Kandapara and the other 14 legalized brothels across this impoverished South Asian nation.”

After they’ve been fed and started on the hormone, the madam will bring them into the room, and someone will beat them up for a few days and rape them. This is done so that they become more submissive to their captors. If they try to run away, they get beat up again.

Hareza Begum, who was interviewed by the Guardian, was trafficked. Her brief account verifies the source’s description, “I ran away from home when I was seven and started working on the streets. When I was 11, a girl told me she could get me work as a domestic servant, but she sold me to a brothel,” Begum said.

Rupa, who was a child bride at eleven, shared a somewhat similar account. Her husband was killed in a work-related accident and her family wouldn’t let her return because her virginity was no longer intact. She soon found herself on the street and met a woman, who offered her a job.

“A woman saw me crying at the station, and said she had a friend who was looking for a maid. I followed her home, but she sold me here instead,” Rupa explained, referring to the brothel she was forced to work in.

According to an investigative report from the Telegraph, those who go to the brothels also pay more for ex-child brides, which makes them an even more worthwhile target for traffickers to go after.

When girls begin their work in the brothels, they are told they have to pay a debt to the madams for taking care of them. They are not allowed to refuse customers while tied to their debt and are forced to service 5–10 clients per day. Reports claim these debts can take up to five years for the girls to pay off. During that period, they continue to be psychologically and physically traumatized and brutalized, eventually reaching a point where they don’t feel like they integrate back into society. For some, they’ve felt the only way out was taking their own lives.

For those who are fortunate enough to be rescued or escape, in some cases, their traffickers continue to monitor them. And if they see that they are having difficulties reintegrating into society or finding work, they will mark them again.

Currently:
In September of 2019, Bangladesh stepped up its efforts to fight the sexual exploitation of children. By announcing that it would integrate the UN’s Palermo Protocols, it agreed to meeting much more stringent standards when it comes to human trafficking. However, while child brides keep being forced into the sex trade, there is still a long way to go to achieve significant progress combating the issue.
bride by wmharsha is licensed under creative commons CC BY-NC 2.0