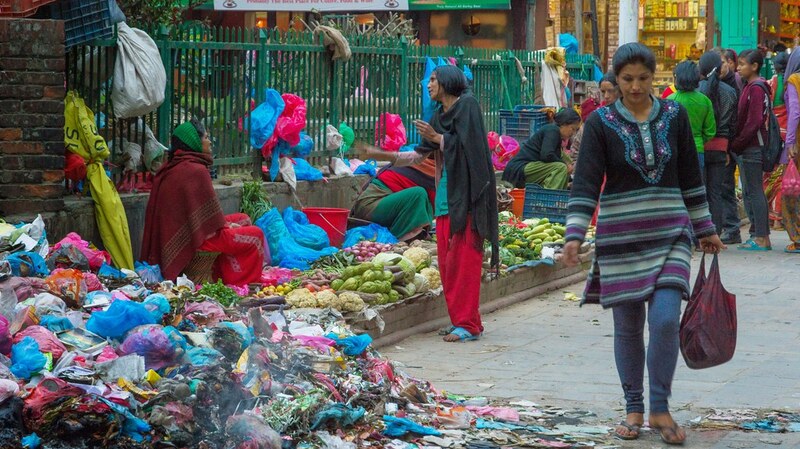 In April of 2015, a 7.8 earthquake struck Nepal, killing an estimated 9,000 people. The natural disaster had a dramatic impact on the country’s already fragile economy, costing ten billion dollars, destroying hundreds of thousands of homes, and forcing many to live in tin sheds and emergency shelters.

Nepal’s GDP in 2018 was 28.81 billion, which means that more than a third of its capital has gone to funding earthquake recovery. It’s hardly enough for the underdeveloped country, where even four years after the disaster, people are still living in temporary shelters, based on a report from Voice of America.

The economic situation for many families in Nepal continues to be dire, which has made it a prime location for human traffickers to target impoverished Nepalese families, women, and girls.

The situation in Nepal is critical. The border shared with India is poorly secured, porous, and easy to cross. Human traffickers promise girls jobs in India only to sell them to brothels instead.

In a February 2019 interview with the Guardian, Anuradha Koirala, a Nepalese woman who spearheads an anti-human trafficking effort in the country, said that there has been a “huge increase in numbers of women and girls being duped into thinking they are going to a better life in India.”

There is a period of conditioning before the girls become sex slaves in the brothels, as revealed by the Indy Star. “Many survivors of India's brothels describe a horrific conditioning period during their first days and weeks in the sex trade. Rape, beatings, starvation, and isolation are used to break the spirit and capture the mind.”

A Nepalese girl who was a victim of human trafficking in India shed some details on how the system works with the Post Magazine. “The madam told me that I had to repay the 200,000 Indian rupees she had paid for me, and that food and lodging would be added to the outstanding amount. Clients paid me directly, and then I had to give the madam a commission plus whatever she asked for my living expenses,” she said.

And the issue only appears to be increasing in severity, according to the Kathmandu Post, “Nearly 1.5 million Nepalis are at risk of various forms of human trafficking, says a new report by the country’s human rights commission,” The report further states that, “Missing children and adults are also ending up as the victim of human trafficking. According to Nepal Police data, a total of 13,678 went missing last year and only 47 percent of them were found later that year, indicating that most of those who are still missing might have been trafficked.”

The State Department’s 2019 Trafficking in Persons Report reveals that India is just one of many countries Nepalese women are trafficked in.

In Kenya, Nepalese girls “work” in dance bars, which are a front for human trafficking activities.

Reuters reported that, “A rising number of women and girls are leaving South Asian nations such as Nepal, India and Pakistan to work in Bollywood-style dance bars in Kenya’s adult entertainment industry—many illegally. Anti-trafficking activists and police add, “There is no official data on the numbers but the results of police raids, combined with figures on repatriation of rescued women, suggest scores of women and underage girls are victims of organized human trafficking from South Asia to Kenya.”

In addition, there are reports of police and government corruption from NGOs that operate inside Nepal.

“The government did not report any new investigations, prosecutions, or convictions of government employees complicit in human trafficking; however, corruption and official complicity in trafficking crimes were significant concerns.” The report continues to say that NGOs alleged some police and political party leaders were complicit in sex trafficking in conjunction with their financial involvement in the adult entertainment sector.

With the ongoing economic hardships and poverty of Nepal, human trafficking is a criminal enterprise that continues to thrive. A lot of work remains to help Nepalese girls avoid such life-shattering circumstances.
Nepal 2015 by Szczepan Janus is licensed under creative commons CC BY-NC-SA 2.0