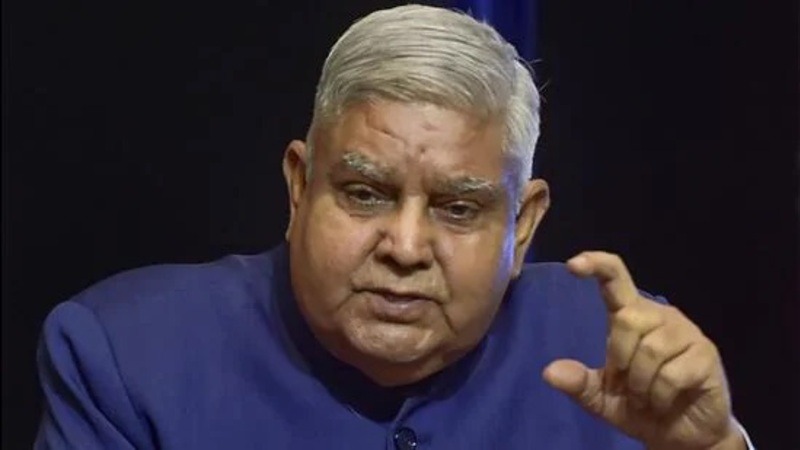 Tolerating human rights violation by anyone who can afford to contribute affirmatively is equally culpable and cannot be condoned, vice-president Jagdeep Dhankhar said on Wednesday, pointing out that India never believed in expansionism.

“Any expansion, particularly of geographical boundaries, involves a violation of human rights of an extreme degree. This nation has never done so,” Dhankhar said at the 30th foundation day of the National Human Rights Commission (NHRC) in Delhi’s Dr Ambedkar International Centre.

He noted that NHRC propagates that human rights nurtures and blossoms in a regime where there is a rule of law and not the law of the ruler. The most appropriate definition of freedom is ‘supremacy of human rights everywhere’, and the essence of the Constitution and theme of all religions conclude that human dignity is the ultimate strength, he said.

“The corrupt cannot be protected on accounts of lineage, political affiliation, caste, creed or region. The corrupt, in a democratic society, governed by the rule of law for the sake of tribute to human rights, have to be brought to book,” he added.

NHRC must support the weak against the mighty, poor, specially-abled, other vulnerable sections of the society, NHRC chairperson justice Arun Mishra said. He further stated that the protection of human rights is a shared responsibility of NHRC and state human rights commissions.

Referring to the Indian culture, Mishra said human rights finds expression in Indian tradition and philosophy. “Rights and duties go together in our culture, which has assimilated all dharmas (religions) like Buddhism, Jainism, Judaism, Sikhism, Christianity and Islam,” Mishra said.

“The celebration of the foundation day is an opportunity to remember the pioneering work done by the Commission in the past and an occasion to introspect about what more can be done by us,” he said, adding that there is a need to strike balance between the distribution of benefits and distributive justice.

Mishra, a former chief justice of Calcutta and Rajasthan high courts, acknowledged that steps have been taken towards socio-political upliftment of the society’s marginalised sections, but reiterated that more efforts are needed in that direction.

“The time has come to clarify that unrepresentative classes in services are provided reservation within the reserved category itself to ensure the overall development because fruits of the reservation have not percolated down to the bottom,” he added.

Addressing the need to uplift gender equality and equal rights for all, especially women, he advocated for moving towards the direction of a uniform civil code as mentioned in Article 44 of the Constitution.

Cyberspace has invaded human rights, including individual privacy due to the advent of e-commerce and cross-border transaction, he said. “Around 96% of the dark web of cyberspace has emerged as the most patent human and sex trafficking medium,” he said.