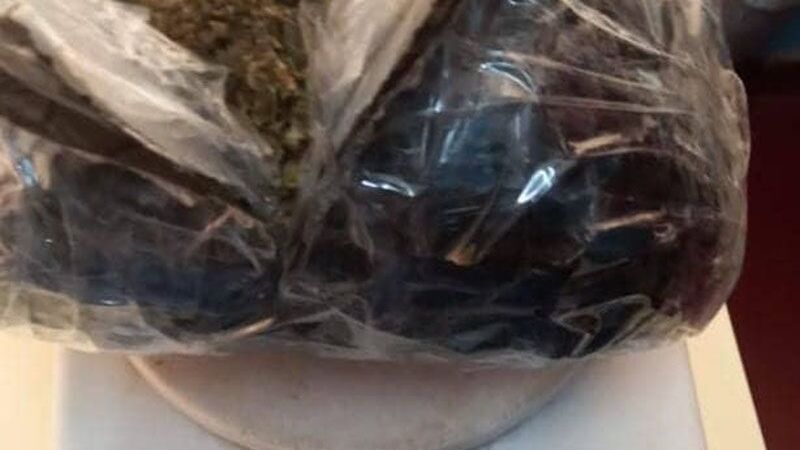 A Vergenoegen, East Bank Essequibo (EBE) woman who is accused of trafficking a 14-year-old girl was arrested on Wednesday after she was found in possession of a quantity of narcotics at the Bartica Stelling.According to a police report, ranks acting on intelligence received went to the Bartica Stelling around 13.30hrs where they contacted the suspect who had just disembarked a speedboat.

The 14-year-old was with her, the police said.

The woman and the teenager were both escorted to the Bartica Police Station where a search was conducted on her possession. “A bulky parcel wrapped with black plastic and transparent tape was found in the haversack. The parcel was cut open and ranks found inside a quantity of leaves, seeds and stems suspected to be cannabis,” the police said.

The woman was told of the offence and cautioned. She claimed ownership of the suspected narcotics which amounted to 438 grams, police said.

She was placed in police custody.

According to the police, the 14-year-old related that she and the suspect are friends and she was told that she was being taken to Blue Mountain Backdam to work at a shop to sell alcoholic beverages.

A Child Care and Protection Officer was notified along with the Trafficking in Persons (TIP) unit at the Criminal Investigation Department (CID) Headquarters and an investigation is underway, the police said.

As the investigation continues, the teenager is currently with the Child Care and Protection Agency.